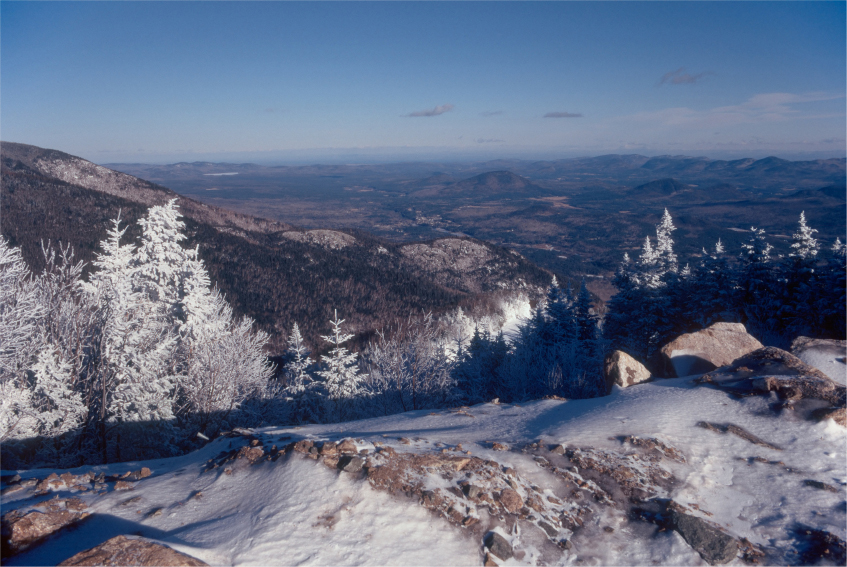 Did you know? New York’s Adirondacks region encompasses over six million acres in 11 counties and is the larger than the state of Vermont! In fact, the Adirondacks is the largest natural wilderness region in the Eastern United States! It’s larger even than Yellowstone, Yosemite, and the Grand Canyon combined!

Our region got its name from 19th century American geologist Ebenezer Emmons who in 1838 named the region’s mountain range the “Adirondacks”. The name derives from the Mohawk word “ratirontaks,” which translates to “they eat trees.” It was used by the Mohawk to refer to the native Algonquian-speaking tribes who, when food was scarce, would eat the buds and bark of trees. In the 17th century early Dutch visitors transliterated the word to “Aderondackx,” actually referring at the time to the French and the English.

Probably the earliest European explorer to the area was Samuel de Champlain who sailed up the Saint Lawrence River near what would become Ticonderoga on Lake Champlain in 1609. Champlain was followed by Jesuit missionaries and French trappers who visited the region in 1642.

The region’s rich history includes its pivotal role in the French and Indian War, much of which was played out at Fort William Henry on the south end of Lake George, and Fort Ticonderoga – originally Fort Carillon – on the north end, during skirmishes between the British and the French between 1754 and 1757.

But it was the region’s iron deposits that ultimately lead to permanent settlement of the Champlain Valley toward the end of the 18th century. Mining and logging became staple industries in the Adirondacks on through the latter 1800s. But it wasn’t until William H. H. Murray’s 1869 book, Adventures in the Wilderness; Or Camp-Life in the Adirondacks that the region became the popular tourist destination it remains today. Railroads soon followed, as towns such as Saratoga Springs and North Creek became fashionable among pleasure seekers.

The Adirondacks’ contemporary history has included hosting the Winter Olympic Games, twice held in Lake Placid in 1932 and 1980. Our area has also been both home and inspiration to some of history’s most noteworthy artists, writers, poets, and politicians – not least among them America’s 26th President, Theodore “Teddy” Roosevelt who called the Adirondacks home in his childhood years.

Today the region boasts over 3,000 lakes and ponds and has over 2,000 miles of hiking trails! There is a wealth of natural history to explore from the area’s many museums and galleries, a huge array of arts and culture, as well as literally thousands of recreational activities all across this lush and beautiful region. Surf our website for much more information on history, culture and popular attractions, and enjoy all the Adirondacks has to offer!