The Adirondack park, with its vast wilderness and many remote locations offers excellent and relativity light pollution free view of the stars, planets & other celestial bodies with your telescope as well as the naked eye and sometimes simple binoculars.  Just Ask anyone who has gone camping in the Adirondacks and they will always remark about the beauty of the night sky, and about “how bright the stars look”.  When you combine the beautiful night sky with the warmth and crackling sound of a campfire, you have an experience that parents and their kids will remember for a lifetime.

Constellations Visible in the Northern Hemisphere 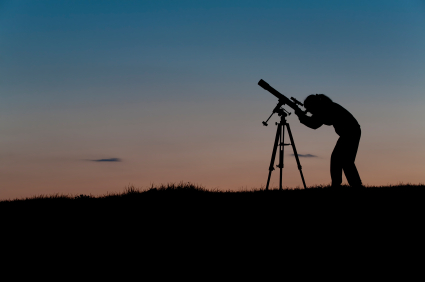 The solar system’s smallest planet flits back and forth from morning sky to evening sky several times a year. It never strays far from the Sun in our sky, so it’s tough to find in the glare. From the northern hemisphere, it is visible in the morning sky this year in February, May and June, and September. The late-year appearance is the best because the planet will stand highest above the horizon. In the evening, Mercury is best seen in April, July and August, and November. The spring appearance is best, in part because Mercury will approach to within a few degrees of much-brighter Venus.

Venus, the dazzling morning or evening star, outshines all the other stars and planets in the night sky. It moves into the evening sky in March, low in the west as darkness begins to fall. It will climb into better view through the spring and into summer. It will disappear from view in October as it passes between Earth and the Sun. It will return to view as a “morning star” by early November, and remain there for the rest of the year.

Mars puts on its best showing early in the year, when it shines like a brilliant orange “star.” The planet is at opposition in late January, when it passes closest to Earth and shines brightest. As the year progresses, it will fade as it moves farther from Earth. It will disappear from view in the Sun’s glare in December.

The largest planet in our solar system begins the year hidden in the Sun’s glare. It will emerge in the morning sky by late March, when it will shine as a bright beacon low in the east shortly before sunrise. As the year progresses, Jupiter will rise earlier and grow brighter, eventually moving into the evening sky. Its best appearance comes in September, when it lines up opposite the Sun in our sky. It will shine at its brightest for the year and remain visible all night.

Saturn looks like a bright golden star. It spends the entire year in the constellation Virgo, the virgin. Saturn is at its best in late March, when it’s closest to Earth. It disappears behind the Sun in September, then returns to view in the morning sky in late October.

Although it’s the third-largest planet in the solar system, it is so far from the Sun that you need binoculars to see it. It spends all but the first couple of weeks in the constellation Pisces. It stages its best appearance in September, when it is at its brightest and is in the sky all night.

The fourth-largest planet in the solar system is so far away that you need a telescope to find it. Neptune stages its best appearance in August.

*Visible Planetary information, used by permission of The University of Texas McDonald Observatory.