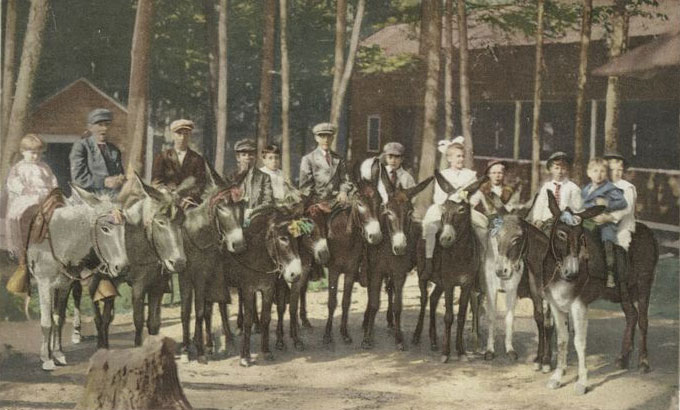 To begin our look at the history and heritage of the Great Sacandaga Lake, and the Sacandaga Valley before it, we look today at some of the recollections area historians have to say on the subject.

“It must have been wonderful,” says Lost Landmarks of Upstate New York. Stirring up visions of the region’s celebrated past, the website offers an article entitled “Atlantis of the Adirondacks,” which recalls nostalgically a simpler time, when a leather smith, mill-worker or tanner could escape the everyday with a 25-cent, 45-minute train ride to upstate New York’s “Coney Island of the North.”

The page boasts, “Here a nickel or dime bought a ride on the carousel or roller coaster high as a three story house. There were donkey rides on wooded trails, and a giant Panama Slide from the cliff above the Sacandaga River lagoon.”

This was before “water succeeded where fire had failed,” of course.  The article goes on to recall that even after the Park’s reconstruction following a series of devastating fires, plans were announced in the mid 1920’s to create a dam on the Sacandaga River that would flood the valley and create what is today the Great Sacandaga Lake.