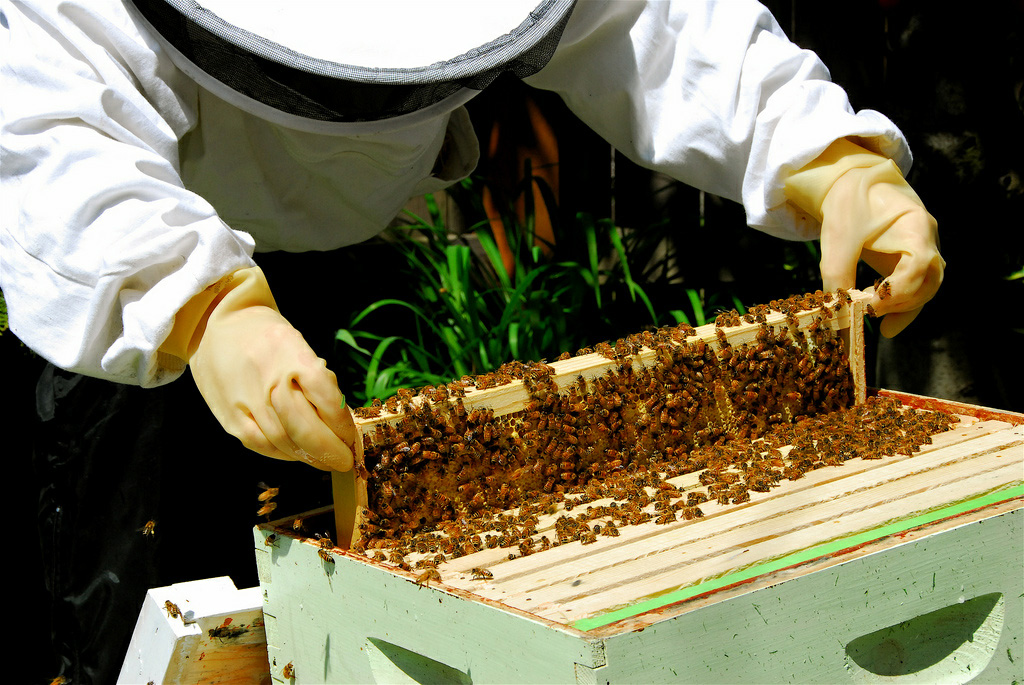 A staggering fact most people do not know is that one-third of the food most people eat can be linked to the people known as “beekeepers.”

Just as there are a variety of different kinds of dogs, there are also different kinds of honey bees, each with unique characteristics. While they all share the same basic desire to work within the colony, to gather nectar and to protect the queen, differences are found within the colonies. For example, the Italian honey bee is recommended for beginning beekeepers, as it is less likely to swarm than some of its other counterparts. The Caucasian honey bee is also known for its gentleness and the Carniolan honey bees are strong comb producers. By the same token, Russian honey bees, although more resistant to colder weather, have a tendency to occasionally swarm.

By carefully setting up a series of hives free from pesticides, beekeepers can actively create an environment where hives flourish. In return, the hives produce a number of benefits, ranging from nutritional benefits from the natural honey through monetary benefits through sales of the honey produced by local bees.

Becoming a Beekeeper – Why and How

When a person becomes a beekeeper, it happens for a number of reasons, ranging from wanting to be ecologically proactive to wanting to provide some health benefits for family and friends. In addition, some people look to beekeeping as a way to build up a supplemental income, which certainly doesn’t hurt in today’s tight economy. In addition, beekeeping is a fun and rewarding endeavor, allowing the beekeeper to actively become a part of the local ecosystem.

Becoming a beekeeper entails doing research, as well as taking various classes that might be offered in local community colleges and universities. Another good resource is the Internet, which provides videos on beekeeping basics, as well as contact information for local beekeepers. Nothing serves to help someone become a beekeeper as visiting an actual beekeeper and experiencing firsthand the incredible excitement raising bees generates.

If a hive is located in an area where bears are present, care must be taken to keep the bears away from the hive. While it might be true that bears enjoy honey as a treat, the real reason that bears go after the hive is to eat the bees and larvae inside the hives. The honey is just an added bonus. Therefore, beekeepers in bear-prone areas tend to take security measures to keep the creatures at a safe distance.

Beekeepers develop a healthy respect for their subjects, and because of an understanding as to how bees act, they are able to keep from being stung most of the time. Bees are not normally aggressive, and the times when they do sting, they do so out of protection for the hive. Keeping a respectful distance usually means a person will stay safe. Naturally, if a beekeeper has to go into the hive, however, the protective suit is used.

The Many Health Benefits of Honey

Beekeeping has increased in popularity due to the nutritional benefits found in honey. Depending on the level of treatment in the honey, there are a number of useful bacteria found within the honey. In addition to the healthy bacteria present, researchers have found honey is useful in promoting improved blood sugar control. Honey’s unique ratio of fructose to glucose improves liver function, as well as glucose metabolism. Studies done with rats on a honey-intense diet revealed the rats had less weight gain, a lower percentage of body fat, not to mention lower levels of anxiety and even better levels of cholesterol. When this information is combined with other elements, such as possessing increased levels of internal antiseptic properties, honey easily can be seen to be a legitimate “superfood.”

Incredibly, there are more than 300 types of different honeys. In addition, there are various honey products, including the well-known comb honey and liquid honey. Beekeepers also sell creamed honey and chunk honey. Depending upon the predominance of various plants near a hive, a hive can produce buckwheat honey or avocado honey or wildflower honey. Bees can also produce unique blends, based upon the colony location and the available plants. 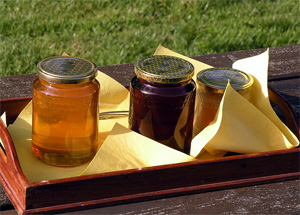 The various types of honey are found throughout the world. Alfalfa honey is lighter in color than regular honey and possesses a temptingly mild flavor. Avocado honey is mostly found in California, with a buttery flavor and a dark, full-bodied color. Buckwheat honey, in addition to being dark and rich, contains more antioxidants than many of the lighter colored honeys. Manuka honey can be found in New Zealand, created from nectar developed from the Manuka bush — and has the additional benefit of coming from an area where pollution is virtually non-existent. Florida and Texas help beekeepers produce orange blossom honey, with a unique citrus flavor and incredibly rich color.

In addition to helping out the beekeeper by providing numerous health benefits, bees offer the opportunity to make additional money. With the renewed emphasis on natural and organic products, honey coming from local hives is in demand at farmer’s markets, health food stores, and even through online outlets. Natural honey is always a hit at local flea markets, where customers can directly purchase the product from the beekeeper.

While there is no certainty as to what is causing the colonies to collapse, scientists lean towards pesticides as the primary culprit. The pesticides belong to a class of insecticides known as neonicotinoid pesticides. These devious pesticides become absorbed into every conceivable part of the plant, from the buried roots all the way to the outermost stems and leaves.

In an effort to help stem this problem, individuals are looking to actively become beekeepers. Since the beekeeper’s colonies usually stay close to the hives, by making sure no pesticides are used in the area of the hive, the likelihood of any insecticide contamination within the hive is greatly reduced. As more and more individuals discover the joys of beekeeping, the bee population is continuing to grow.

Love bees and beekeepers and enjoy the fruits of their labor!

Beekeeping provides us with many health benefits, financial benefits, and can even help the entire planet as a whole — and, on top of everything else, it’s also delicious.